Here we are going to talk about the topic that the class 1°5 studied: “Yearning for freedom”, this sequence belongs to the area of study “Private & Public spaces''. In this course we learnt about The Four Freedoms (by Norman Rockwell), we studied a poem by Maya Angelou I know why the caged bird sings and we discovered the Underground Railroad which helped the slaves escape from the Southern States to become free in the Northern States.

The course began with a brainstorm around freedom and we talked about different things like for example: to be yourself and do what you want, freedom of speech with no censures, decolonization, freedom to speak differently… After that we studied famous quotes from different people that we mentioned in class. For example, Michelle Obama said: “Women should have the freedom to do whatever they need to do to feel good about themselves.” She praises that women must be able to choose the way they want to live, to have the opportunity to make their professional choices and to be paid equally, to dress as they like, without being sexually harassed or discriminated against. The notion of "feeling good" is highly important for Michelle Obama because this feeling allows the person to feel more confident, stronger, and happier.

The paintings are directly inspired by the speech delivered by Roosevelt, on 6th January 1941, during the Second World War which talks about the four essential human freedoms. Norman Rockwell took part in the war effort because he was too old to go to war so he contributed with his paintings. He received 132 million $ thanks to these paintings which circulated around the world. For each painting, he inspired himself by things that really happened.

The second main part was called “Set them free”. We first studied a poem from Maya Angelou, who was a poet, actress, film and television producer, director, teacher, screenwriter, writer and playwright, essayist, songwriter and much more. We worked on each stanza and explained how the bird could be compared to slaves. We used the reference to the fields or the singing. We could clearly see the contrast of two different worlds: the first one is that of the free bird can fly in the bright and sunny day and eat at his delight. Whereas the caged bird is condemned to forget his dreams which become nightmares and must live a life of fear and sadness; the parallel drawn with the slaves is clearly highlighted.

After that, we worked on the third main part: the underground railroads, which were a real gateway to freedom. We learned that slaves who wanted to flee went to a smuggler. This one took them in a real network of tunnels, which ran across all the United-States.

They were leaving states in which there was bondage and were going to the North of the country because they were more open-minded there and so there was no bondage. These tunnels were built by slaves. It was very complicated to cross them because it was very narrow. Slaves had to walk for a long time in the dark. We compared the descent to the underground tunnel to a descent to hell because it was warm, it was very difficult to breathe and the path was long and difficult. Yet, we also compared it to a getaway to freedom because at the end of their road, slaves would finally be free.

We saw that private space, like for example our home, room, etc. are a place where we are alone and we can decide who is with us. In our chapter, the private spaces are the bird’s cage, the slave’s minds and story… We also saw that public space, like for example school, parks… are a place where everybody goes and the rules are given by society. In our file, the public spaces are the free bird’s fields. The tunnels through which slaves passed are a public and a private space. Indeed, they are only for one population but this population can go there.

Finally, we conclude that there are different prices for freedom. Sometimes people have to pay with their life like risking death if they got caught or being separated from their family. People have to be brave to set themselves free and sometimes make incredible but worthy sacrifices. 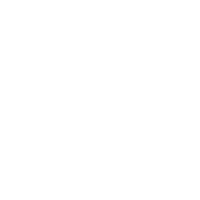